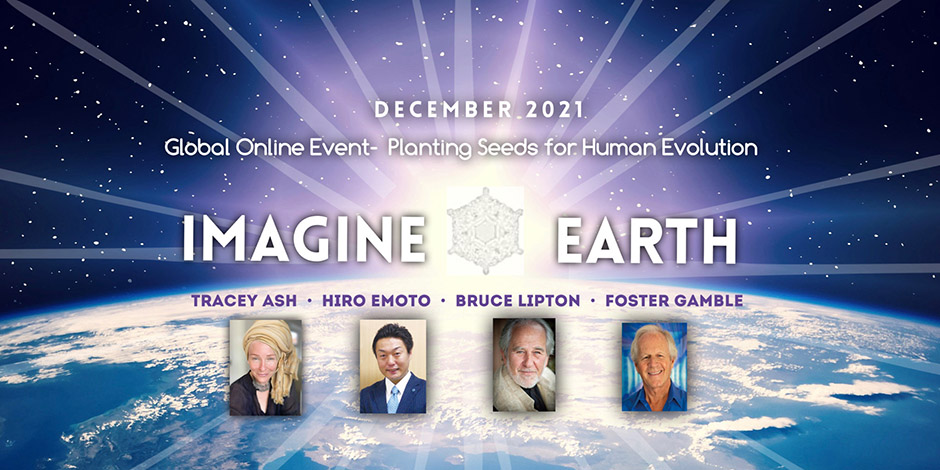 The ZOOM event “Imagine Earth” held in December 2021 welcoming many participants from all over the world, had great responses.

This event was held with the aim of promoting and encouraging the evolution of our consciousness as we head toward a new humanity and a new Earth. The event was filled with many hints for creating a planet surrounded by “love and gratitude” as the late Masaru Emoto had taught.

The speakers are doing world-changing activities, and it is not often that you get a chance to hear their stories in person.

Dr. Bruce Lipton, a “super” scientist who spoke calmly and passionately about the budding science of the future, Mr. Foster Gamble, a world standard-bearer who promotes the practice of world peace realization, and Tracy Ash conveyed what the 5-dimensional Hado is from a scientific viewpoint as well. Hiro Emoto talked about water memory how water respond to information including our thoughts, prayers, and words and also Dr. Nemoto talked about the latest science of water.

These talks took us into a world of inspiration.

If you have not yet seen these inspiring ZOOM seminars, we hope you will share the same experience with us by downloading the videos. Enjoy!

Cost: 30USD for one seminar

Seminar title: Our New Earth A New Era of Truth

If we are to heal humanity and earth we must revolutionise consciousness. Sovereign in commitment to truth, love and humanity. Ash shares a reality revolution in sacred initiations and quantum gateways. A new paradigm of spiritual and emotional intelligence to transform wound and karmic loops. Ash shares wisdom and ethics in solving inequality, pain, suffering by initiating a dream of sacred existence and service.

The current spiritual paradigm has been failing spiritual seekers for some time. A mystic, Ash does not teach but initiates:

Tracey Ash
Ash lives in Egypt. She is an international metaPhysics and spiritual teacher, her education and retreats hubs serve global community and grass-roots GOOD. Her international career presence for two decades has reached millions in China, Egypt, Australia, USA, Europe and Japan. Creator of The Ark Magazine, launching Equinox 2021, she is known as industry and community influencer. She is one of eleven global new earth visionaries of Artemes- crypto-currency committed to sustainability and equality. This projected is expected to reach 2 billion. Her teachings will be central to this ethical community evolution.
She is also architect of Ascension University Programs online and Egypt Retreats.
https://traceyash.com

Seminar title: Messages from Water/ Water has a memory 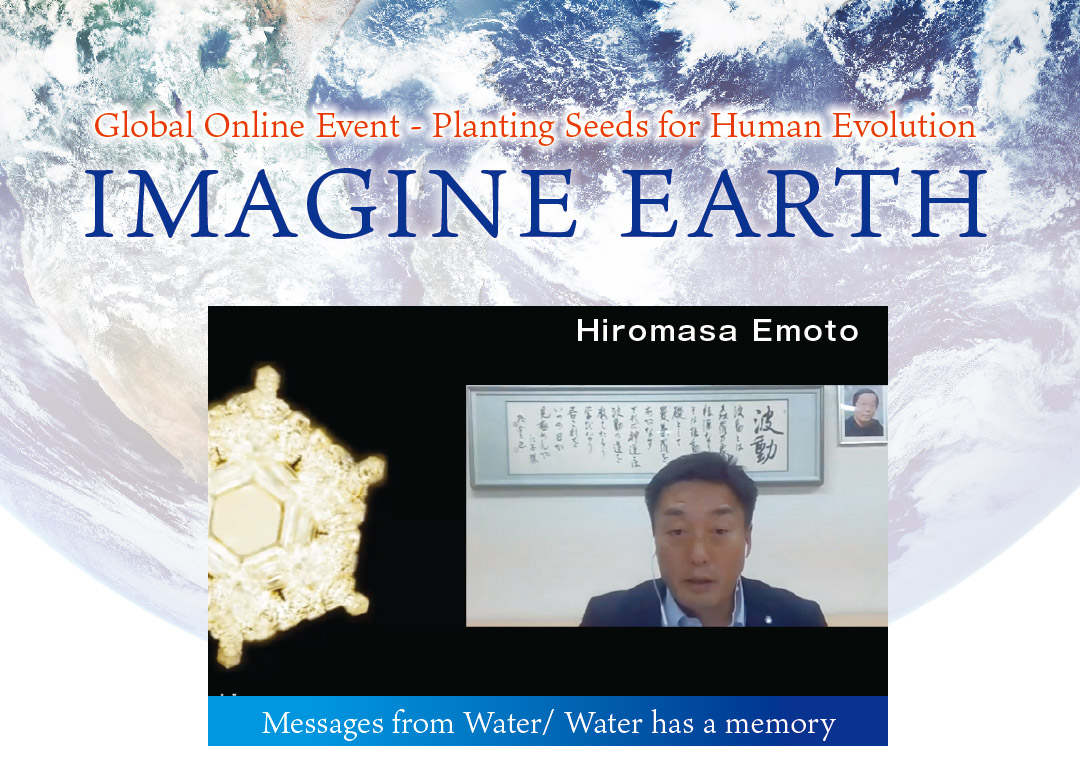 In 1999, the world’s first collection of photographs of freezing water crystals, called Messages from Water, was published in Japan. Since then, this book has spread all over the world, showing that water can be altered by various kinds of information. It showed that our words, thoughts, and prayers affect water, and that good words, thoughts, and pure prayers create beautiful water crystals, while bad words and negative emotions create broken water crystals. It has been more than 20 years since the book was published, and now it is scientifically proven that “water has memory” as Masaru Emoto had suggested. We are made up of 70% water. It is no exaggeration to say that if we don’t know anything about water, we don’t know anything about ourselves. In this presentation, Hiro would like to share with you how water changes its shape depending on various information and the philosophy of Masaru Emoto that he has learned from the water crystal photography. And also, Dr. Yasu Nemoto will join and explain about the latest science of water.

Let’s learn the essence of water, understand its message, and create a beautiful world together!

Hiro Emoto
President of Office Masaru Emoto, LLC in Tokyo
President of I.H.M Corporation in Tokyo
After graduating from a college in the U.S., he started to work at I.H.M as a staff member in the laboratory, where he was involved in research on water crystal photography. Later, he was transferred to Los Angeles where he organized various events with his father, the late Masaru Emoto, to spread the concept of Hado and “Messages from water” in the U.S.
Following in the footsteps of his late father, Masaru Emoto, his mission is “To use Hado technology and water crystal photography to make the world aware of the importance of consciousness, Hado, and water, to contribute to people’s happiness, and to realize a peace on earth.”
https://hado.com/ihm/2070/ 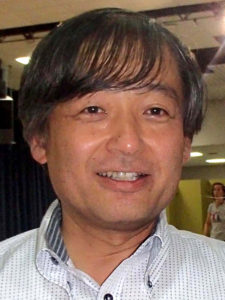 Yasuyuki Nemoto
Yasuyuki received a Doctor of Science in Biology from University of Tokyo in 1988. After working for several universities in Japan, Miami and Honolulu in the fields of biology and biotechnology, he started to work for Dr. Masaru Emoto in 2002 as his international secretary. Yasuyuki has been also in charge of the scientific aspect of Dr. Emoto’s work. His theme is to integrate science and spirituality through the study of water. Now he is the Advisor of Office Masaru Emoto, LLC
https://www.masaru-emoto.net/en/ 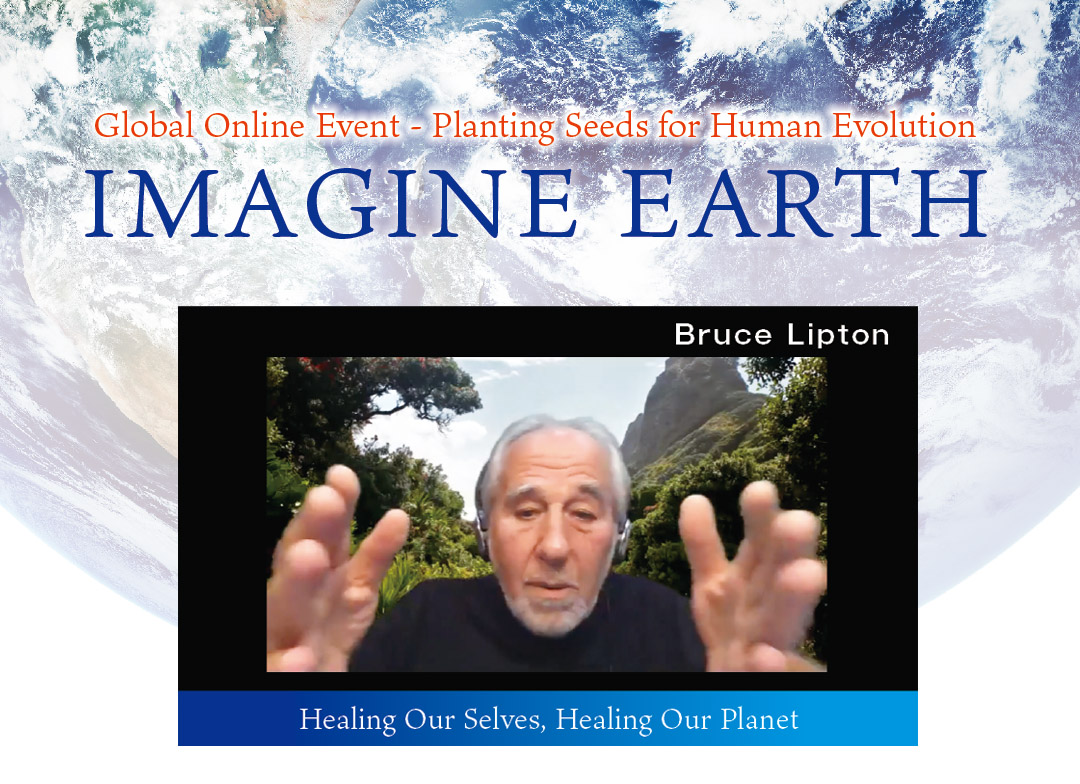 Crisis ignites evolution! In the face of global crises in health, home and heart, advances in science are creating a genuine revolution in thought and understanding, one so radical that it can change the world. Civilization is poised on the threshold of experiencing a major evolutionary event Conscious Evolution.
Since 1927, quantum physics, the most valid science on the planet, has emphasized that consciousness creates our life experiences. Recently, the molecular mechanisms by which consciousness, which includes our thoughts, attitudes, and beliefs, shapes our biology and the character of our lives has been revealed in the revolutionary new science of Epigenetics. Understanding how consciousness and programming interface our genes and behavior, empowers us to evolve from passive victims to responsible co-creators.

Bruce Lipton
Cell biologist and bestselling author, Bruce H. Lipton, Ph.D., unveils a revolutionary vision of frontier science that reveals a grand convergence of the powerful Body-Mind-Spirit trinity In a dynamic multimedia presentation, Bruce offers a bold and hopeful vision of the evolving holistic stage of human civilization and how each of us can fully participate in creating the world to come.
The knowledge and self-empowerment offered in this presentation provides an opportunity to thrive through this turbulent period in our planet’s history. A miraculous healing awaits this planet once we accept our new responsibility to collectively tend the Garden rather than fight over the turf.
https://www.brucelipton.com

Title: Ethical and Scientific Principles and Pathways for a Thriving Earth and 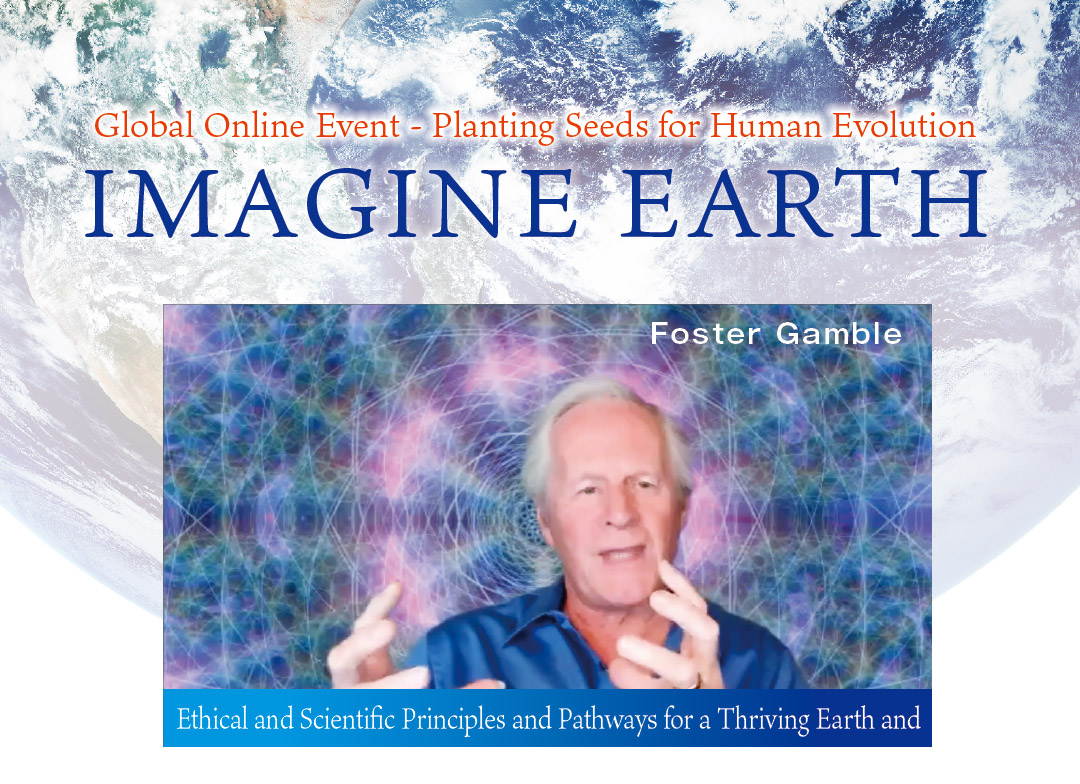 We interviewed Foster Gamble the other day. Below is an excerpt from the interview.
“I’ve been a big fan of Dr. Masaru Emoto and his work and all of your work for many years. It’s been very important for me. I’m very excited to get to be part of this conference. I think that we are especially aligned on the notion of a unified field, so I would like to talk about the science and the spiritual nature of the access to that unified field. But then, how would we bring it into the world. One of the other things I saw in your intention for the conference was you said “Imagine Earth inspires dynamic community activism that heals our world” and that is so necessary now where many many people all over the world are very aware now of the problems but not that many people are aware of how to solve the problems or how to collaborate with other people so I would like to talk about that in my section of the conference, because that is what thrive is focusing on now.”

Foster Gamble
Foster Gamble, born November 29, 1947 in Cincinnati, Ohio, is the great, great grandson of James Gamble. One of the numerous heirs to the Procter and Gamble corporation, Foster Gamble is the son of David Gibbs Gamble and Priscilla Reed Gamble. Foster studied at Princeton University. He also trained in Aikido, a third-degree backbelt, and was an instructor for many years and hosted the PBS documentary Aikido – The Way of Harmony.

In 1997 he co-convened the Sequoia Symposium, a multi-disciplinary scientific think tank exploring perspectives on “Unification Theory.” He also founded the Mindcenter Corporation which holds a patent he developed for an electrode-supporting headset (issued May 29, 1990). Gamble worked at the company, based in Silicon Valley, for seven years.

Married to Kimberly Carter Gamble, the couple founded OmniCenter which later became Clear Compass Media on May 1, 2012. The company filmed Thrive, which was released in 2011 and has been translated to 27 languages and Thrive II which was released September 26, 2020.His scientific studies include new physics, cosmology and cosmic geometry which he accredits with directing his interest into discovering ways to access clean and inexpensive (if not free) sources of energy.

Foster has also served on the Board of Directors of Concentric Media, and Anodos Foundation, as well as on the Scientific Advisory Board of the University of Science and Philosophy. Aussiewebmaster (talk) 17:28, 20 December 2020 (UTC)s
https://www.thriveon.com